Your child’s options – things to think about

Your child’s options – things to think about

The choices that young people make at school can have a huge impact on the options available to them in future years. By supporting your child in making these choices, you will ensure they don’t hinder their chances later on in life.

A pupil in year 8 or 9 might not have considered HE, or a particular career yet, but this doesn’t mean they won’t consider it later on.

Perhaps most importantly, it’s wise to choose subjects that they enjoy as they’ll be studying them for the next two or three years. It’s also worth keeping the future in mind as some A-level subjects require certain GCSEs – just like some university courses require certain A-levels. 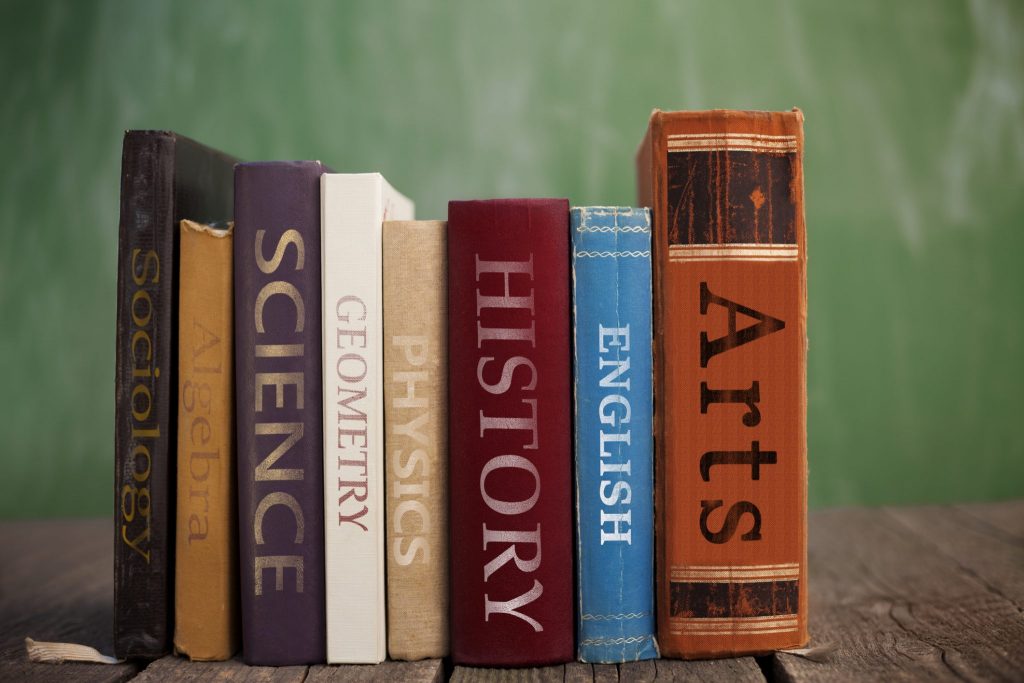 If your child has already decided that they want to go on to HE, they should base their level 3 choices on the requirements of their chosen course.

If they are unsure at this point, but wish to keep their options open, then they should consider choosing facilitating subjects. These subjects have been identified as ones that are commonly asked for by universities for a whole range of courses. They include:

Choosing at least two of these subjects will ensure that many university-level options will remain open to them.

NVQs (at level 3) are sometimes promoted as being equivalent to two A-levels; however, the majority of HEIs won’t accept these for entry onto degree courses on their own. In some cases, they will be accepted if accompanied with A-levels, but it would be wise to check with the HEI in advance if your child has a particular course in mind.

As well as A-levels, the International Baccalaureate (IB) and BTEC qualifications are recognised by universities and allow for progression onto HE courses, as do many apprenticeships.

Depending on your child’s choices for post-GCSE study, they may be considering staying at their school’s sixth form, or moving to a further education (FE) college to continue their studies. So, what are the differences between the two?

The table below provides a side-by-side comparison of the main differences. 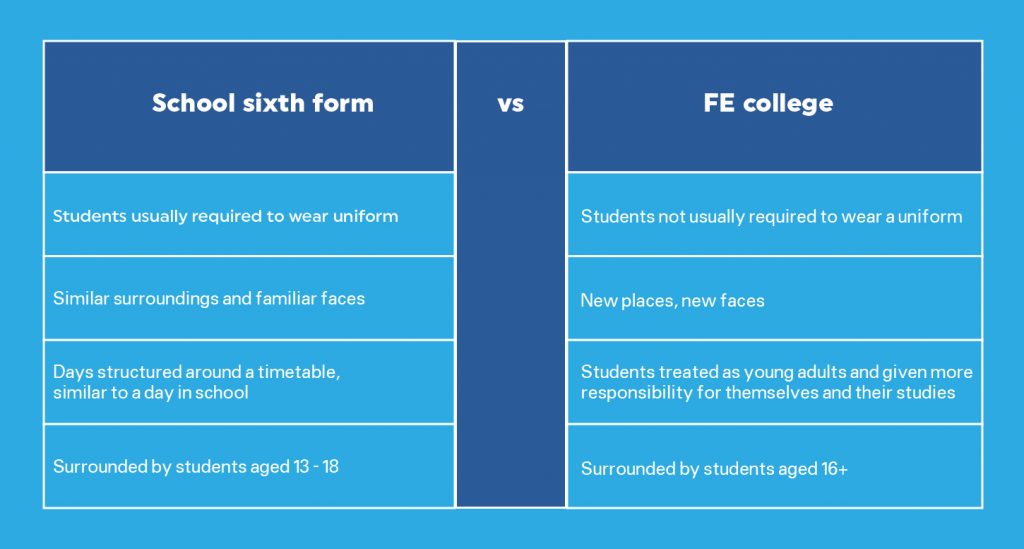 What works for one person, doesn’t necessarily work for another. Some young people may prefer the structured approach and the familiarity of their school’s sixth form, whereas others may relish the opportunity to try something new.

Next: Funding higher education and paying it back