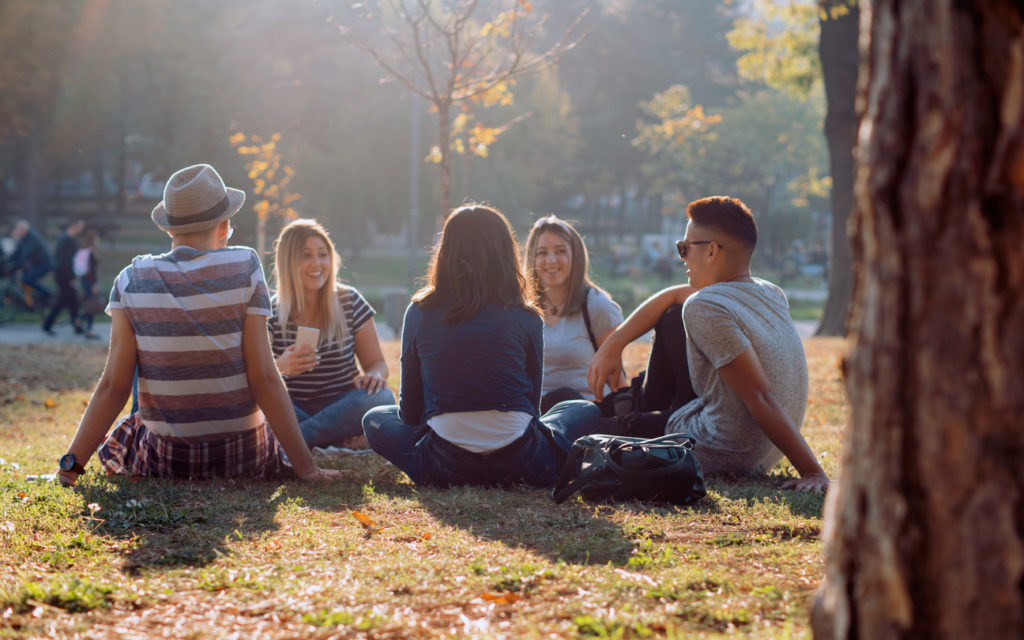 As someone who has suffered from social anxiety for many years, I know how difficult it can be to put yourself out there and make new friends when you start uni. It’s terrifying, I know. Going to a new city, having to learn your way around, getting used to lectures, and then trying to find some people to make the rest of it a bit more fun. But honestly, as terrifying as it may seem at first, its not that bad, and soon you will find “your people”.

For me, it took a few weeks of hanging around with tons of people who were totally different from me, just to have someone to be around. A few weeks down the line, though, I was doing just fine. I found a group of friends who I enjoyed being around, they were interested in the same things as me and we had plenty to talk about. Three years later, we’re closer than ever!

My first and biggest tip if for making new friends is to put yourself out there. Be open minded and try some new things. You may find your new BFF while trying something you’d never dreamed of doing before, and maybe you’ll even like these new activities you are trying!

It can be scary but make the most of fresher’s week, and I don’t just mean the partying every night (although go ahead if that’s your thing!). There are tons of other activities during the day too, from exercise classes and give-it-a-go sport sessions to meditation workshops and quiz nights. University has a place for everyone, no matter your interests, and those are some of the best places to meet people.

Of course, you won’t make many friends unless you talk to people. Again, terrifying, I know. But chances are, someone else standing there not knowing anyone, waiting for someone to come and say hello to them first, because they too are super nervous. So, give it a go and say hello. Nothing bad will happen, I promise. Especially in those first few weeks, everyone is in the same boat, and people will welcome some friendly chat. Whether it’s in line at the Student Union shop waiting to buy some coffee, or sitting waiting for a lecture to start, just try saying hello. That’s how I ended up with my friends, sat in a lecture hall waiting for our professor to start. I promise, most people will be relieved that you started the conversation. Besides, how will you make friends if you’re not going to talk to them? And once you’ve started talking to one person, chances are they already have some friends and they may introduce you. Soon enough, you’ll know half the people on your course or in your society, without much effort at all.

If you’re worried about making friends outside of your course, there are societies to join as I already mentioned. But another great way to meet people of different backgrounds and interests is to live in university halls or a shared house during your first year. On move in day, just start talking and getting to know to your flatmates (yes, the very first day!). After all, you will be living with them for the next year, so it might be a bit awkward if you never talk to each other. Maybe bring a tin of biscuits and some tea that you can offer, then get to know each other over a drink in the kitchen. If they’re not “your people”, that’s fine, but at least you tried. Plus, it usually gives you one or two (sometimes more) people that you can hang out with for the first couple of days while you get to know the city and start talking to other new people.

Whatever you do, just stay positive, keeping talking to people no matter how scary it may feel, and within a few weeks you’ll have forgotten about missing home and friends from school (not to say forgetting about them entirely though!), as you’ll be making tons of memories with your newest friends.