A masterclass in Zoology

The idea behind our masterclasses is to provide hands-on experiences that showcase a subject-specialism at one of our partner providers. They are a great way for students to find out more about what’s involved in a particular course, subject area, or education pathway.

Recently, twenty year 12 students (and one from year 11) were invited to Cornwall College Newquay to take part in a Next Steps South West masterclass in zoology. Most, if not all, of the students were taking Biology as an A-level, and had come along for the day to see a career in zoology, conservation, or a related field, might be something they want to pursue further.

The day began with a look at the range of courses in these areas and the types of qualification on offer. Then there was a look at past graduates, and the areas that some of them have gone on to work in. This included TV presenting, eco-tourism, marine biology, zoo keeping, veterinary science and many more.

They also looked at current issues that we are facing locally and internationally – global warming, pollution, plastic in the oceans, deforestation etc. It’s issues like this that attract a lot of students on to these types of courses – so that they can make a difference! 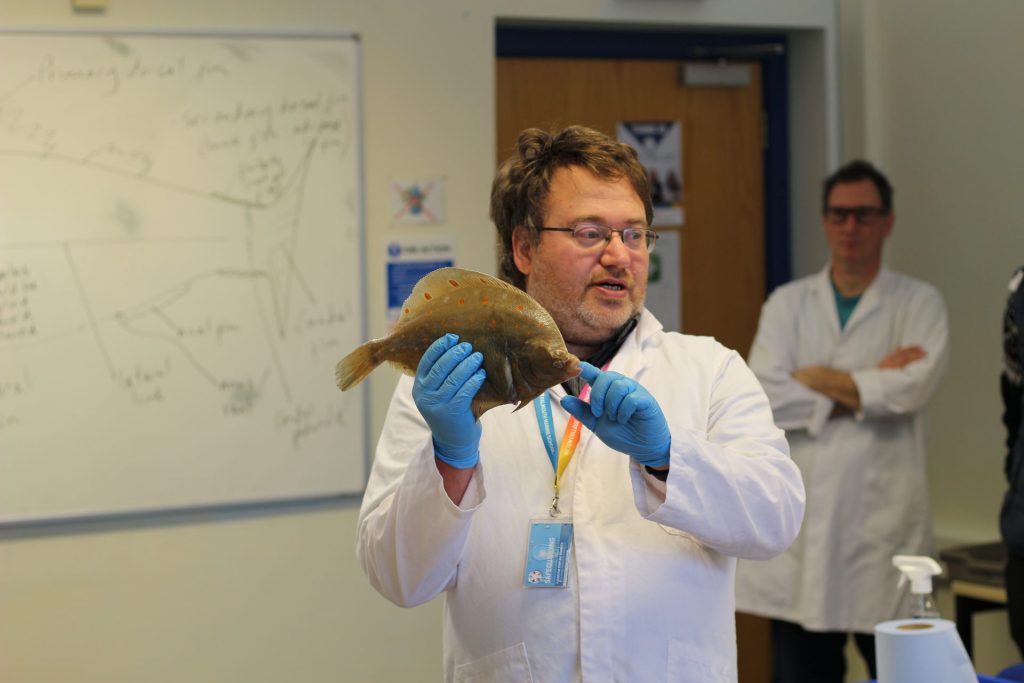 Before long, it was time for the students to get stuck in with the first of two activities: a fish dissection!

Taking place in one of the labs, two lecturers took it in turns to present different species of fish to the group. They looked at the markings of the fish, and how these act as camouflage in the particular parts of the ocean they inhabit. They discussed how different fish have evolved over millions of years in order for them to survive. And, finally, they learned about the inner workings of fish as one was dissected in front of them. Although a bit gruesome, a deep understanding of animals, including where they live, how they live, and what they eat can tells us an awful lot about the environments they are found in, and if these environments are changing in any way – microplastics anyone? 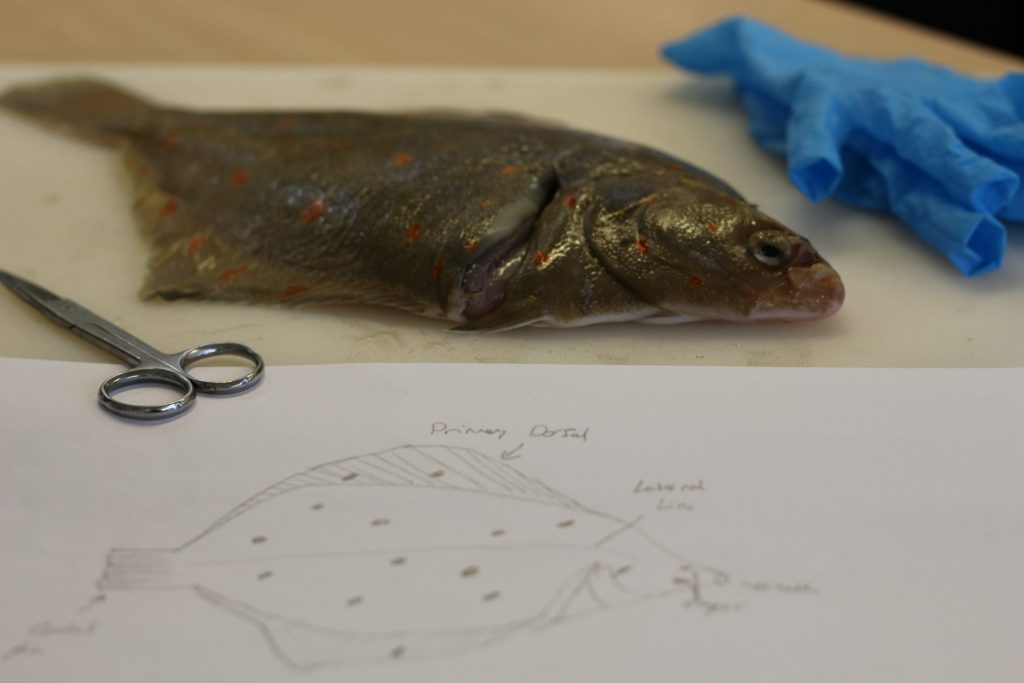 Following the dissection, it was time for the main event – a trip into the zoo next door to observe the behaviours of meerkats!

Using the ethograms provided (sheets used to record observations), students worked in small groups in order to monitor the behaviour of the meerkats at Newquay Zoo and make inferences about their behaviour. Whether it was sentry duty, foraging, or sleeping, the students took note of what was going on at different intervals. 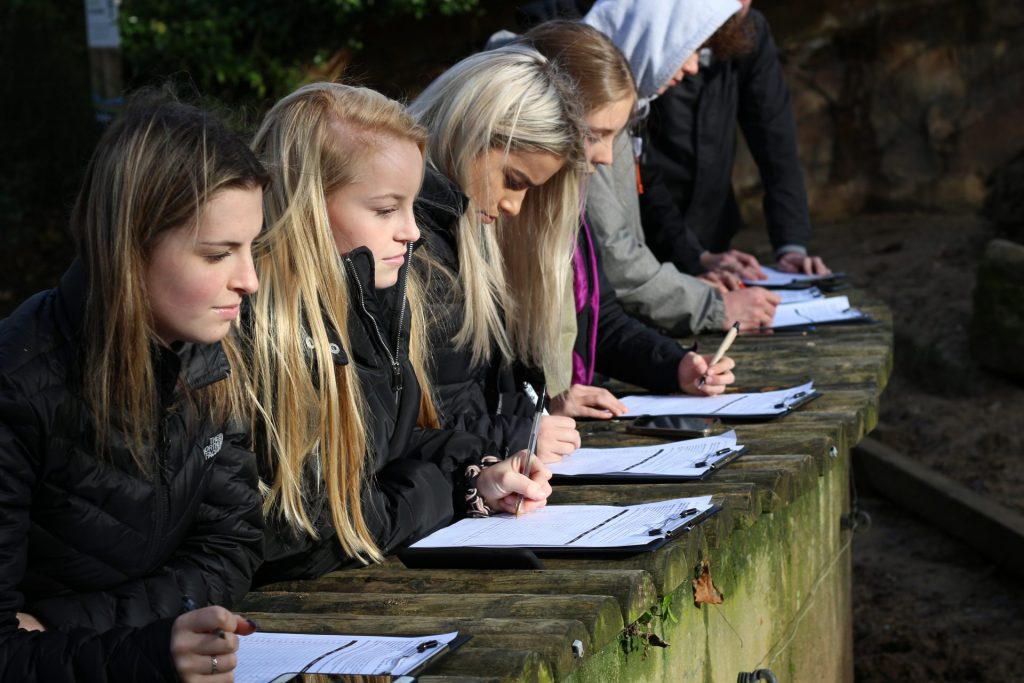 This is what scientists in the field of animal conservation would do over long periods of time. It allows them to look for things that are out of the ordinary which could provide invaluable clues about the animals themselves, or their wider environment. 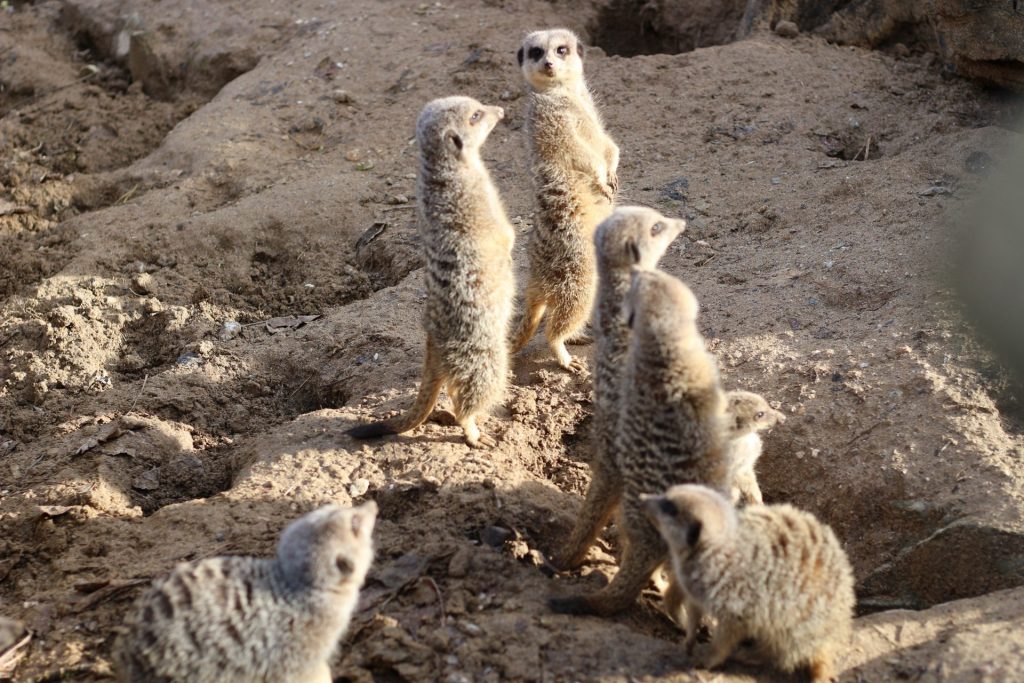 All in all, it was something a little bit different for the students who attended. Perhaps some of them will have been inspired to go on to study and work in the field of wildlife and/or conservation. However, with all practical experiences, it’s as much about finding out what you don’t like, as much as what you do like.

It really is a good idea to find out as much as possible about any type of career that you’re interested in, and masterclasses, taster sessions, and work experience provide a great platform to do this.