The Somerset HE Roadshow 2019 – A Reflection

The past few weeks have seen the Next Steps South West bus travel around Somerset on its 2019 HE Tour. The bus visited ten schools, and engaged with around 1500 students, but did it have an impact? Let’s find out. 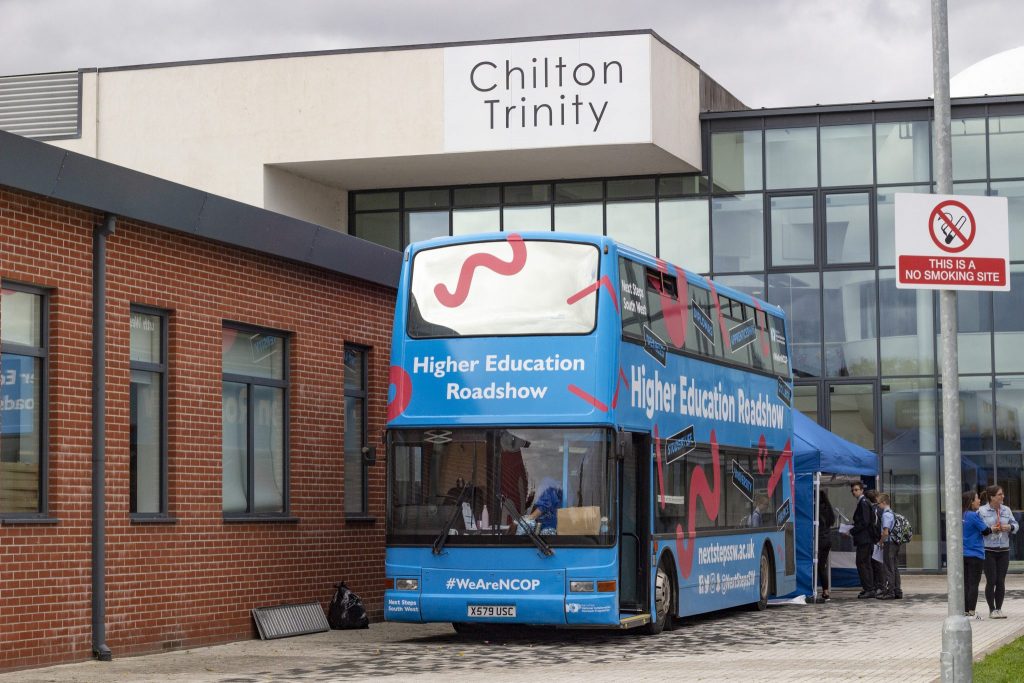 All aboard the Next Steps bus

The lower deck of the bus was loaded with useful HE-related resources, and staff were on hand to ask and answer questions. The top deck was set-up for talks with (academics) Louise, a teacher from Bridgwater & Taunton College who inspires students by speaking to them about her journey from not being engaged at school, to studying for a PhD. More about Louise in a bit.

Following the success of last year, the 2019 Roadshow aimed to reach out to students and provide them with enough information about higher education so that they could make informed decisions about their own educational journeys.

So, what are informed decisions?

When it comes to making important decisions in life, it’s essential to have all the necessary knowledge needed to make the best decision; otherwise, we’re just guessing. Sometimes guesses can be correct, but more often than not, they’re not. When your future depends on you making the right decisions, it’s crucial that you have done your homework! That’s where NSSW come in.

Our activities, including the HE Roadshow, are designed to help young people in the region become ‘clued-up’ so they can make informed decisions, as opposed to guessing.

What a difference a day makes

It’s quite amazing how a few small, but key snippets of information, delivered at the right time, can have a significant impact on how a person’s life turns out. At one of the schools we visited, Chilton Trinity, we spoke to several students to find out how the roadshow had impacted on them (Note: Names have been changed for privacy reasons).

First up was Kate. Prior to the event, Kate wanted to work with animals, but wasn’t aware of the diverse range of careers that involve working with animals; however, after talking to NSSW staff on the bus, she’s now going to look into getting some work experience as this will help narrow her focus.

Once she’s finished school and A-levels, she’s going to consider a foundation degree as it’s shorter than doing a full degree, but has the option to ‘top-up’ to a full one in the future. 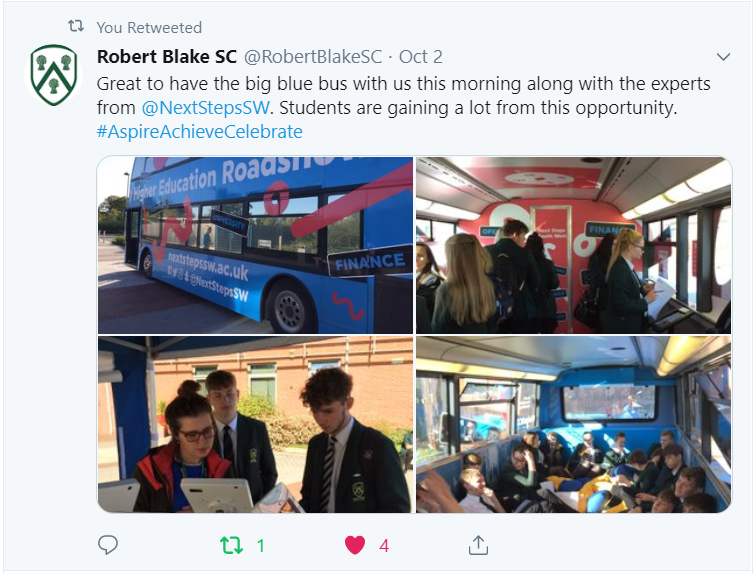 Alfie was thinking about a career in construction, and planned to get onto an apprenticeship once he’s sixteen.

Alfie doesn’t have anyone close in his family that has been in higher education, so university wasn’t something he’d really thought about. However, after learning about higher apprenticeships through the roadshow, he’s eager to learn more about them as they have a lot of benefits, and open up more opportunities in the future.

Like Kate, Marie knew roughly what she wanted to do for a career – something that involved working with children – but didn’t have anything specific in mind.

She learned a lot from Louise’s talk on the top deck of the bus – Louise originally studied Early Childhood Studies as a mature student, and has since gone on to complete a master’s degree and begin a PhD.

From the talk, and by speaking with NSSW staff and ambassadors, Marie learned a lot about studying in the field child studies and the broad range of courses and careers in that area. She was particularly interested to learn that certain courses allow for progression in the future, and this is something she might now seriously consider.

Marie’s next steps include attending a taster day at Bridgwater & Taunton College to learn more about their courses, and she’s planning to get some work experience in working with children so she can find her area of preference. That’s sounds like a good plan to us, Marie! 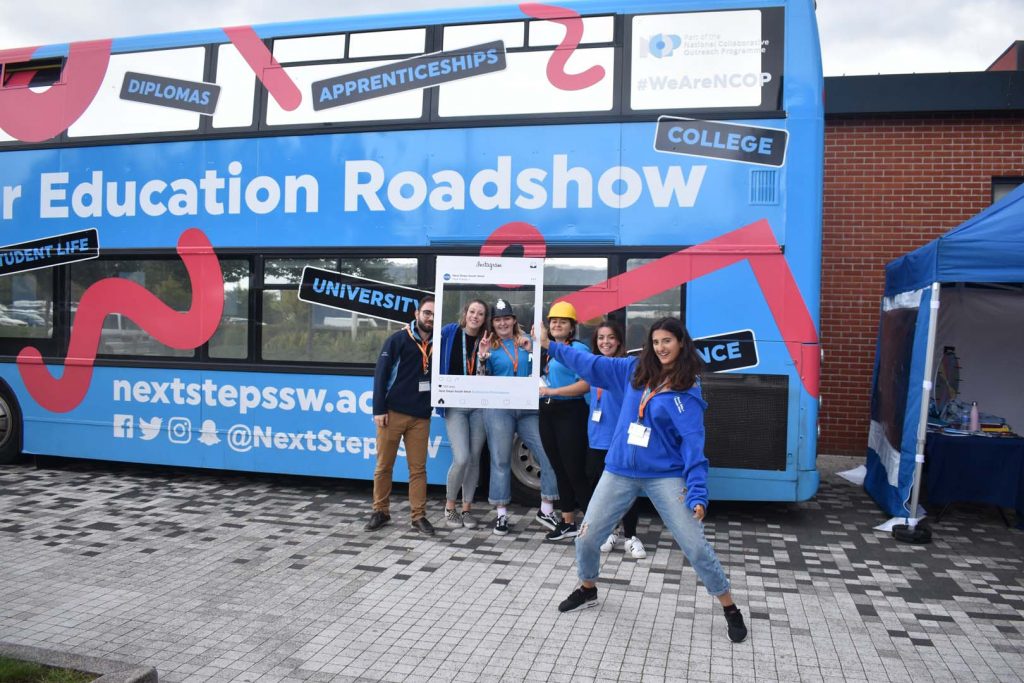 And there we go – our 2019 tour has come to an end! 1500 students engaged with the roadshow, and the students and teachers that we spoke to, all said that it provided them with really useful information that will help them make considered choices about which path to choose going forward.

A big thank you to all the schools and students that participated in the roadshow and made it such a success. Roll on 2020!