From London to Stockholm: An Inspiring Futures Project

In this day and age, you need to accomplish a lot to establish yourself as a successful journalist. Technology is constantly evolving, which means that stories are now being published and accessed across a variety of platforms. In a nutshell, the more multi skilled you are in this industry, the better.

A few weeks ago, I was lucky enough to get the chance to interview Maddy Savage. She’s a journalist with years of experience at the BBC under her belt, and now works as a freelance journalist in Stockholm, Sweden, which she calls her “adopted home”. Moving to the city of your dreams would be a life changer for anyone, although Maddy admits that regardless of this, the decision to move to a completely new environment wasn’t always an entirely easy process. 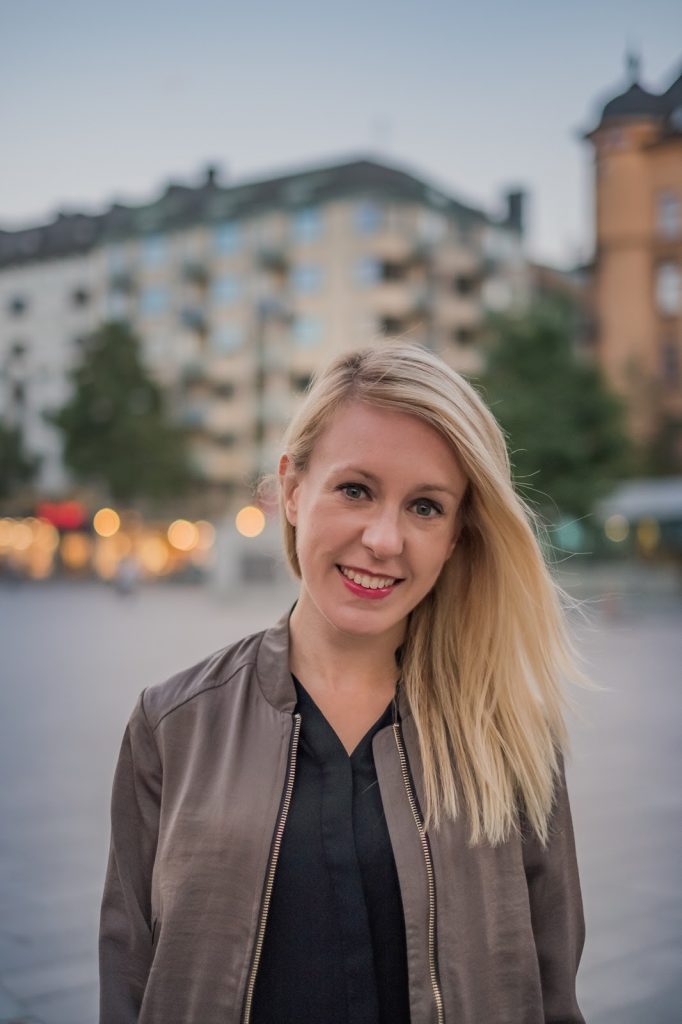 “It was a difficult decision”, Maddy told me. “I felt like I wanted to live abroad before I settled down back in the UK, and I found out about this job in The Local Sweden, the largest English language newspaper in the country. I’d been fascinated by Sweden for a long time and I felt it would be good to go somewhere that I was passionate about – so I took the job!”

If you have read the blog I created about musician Kat Marsh’s visit to City College Plymouth, you will know already that I have been very lucky to have worked in both Warsaw and Hong Kong during my higher education studies this year. And if it weren’t for my course (HND Creative Media Production), I very much doubt I would have got the chance to work in such interesting places!

Being able to travel as part of my course is definitely one thing I particularly like about being an HE student. It goes to prove that there are possibilities to explore the world alongside studying in higher education, which has made my whole HE experience a much more exhilarating and exotic journey than I ever thought it would be! 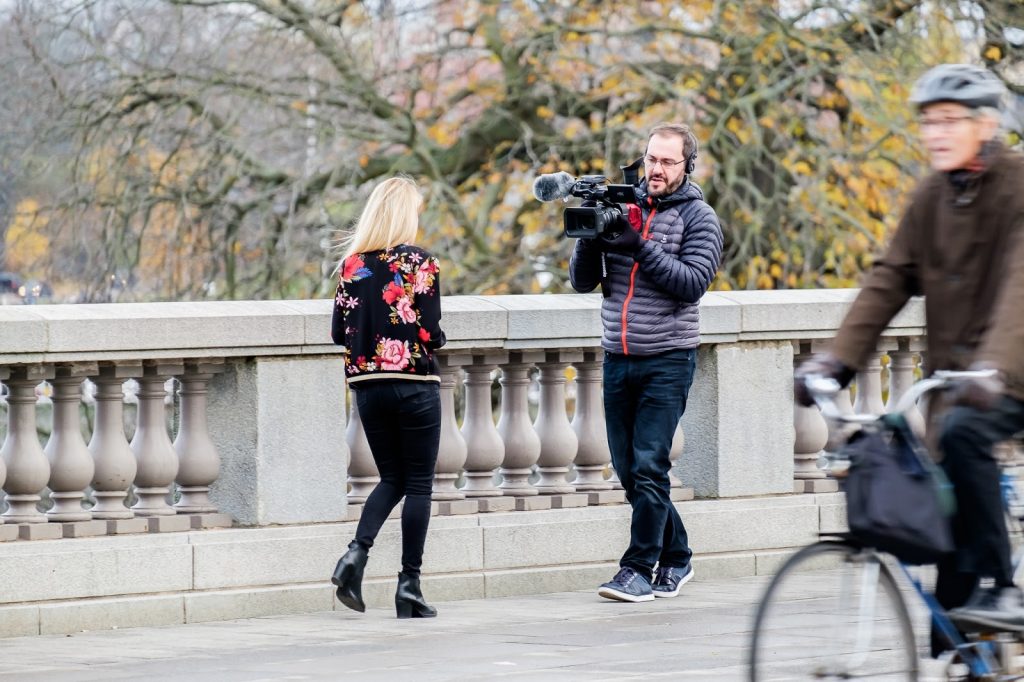 “I didn’t want to stay at the BBC forever; I wanted to explore other things”. This is also what Maddy told me when I asked what some of her reasons were for moving to Sweden. I could see that she was very passionate about her freelance work. Even after gaining a job at a well-established newspaper company in Stockholm, she still yearned for something a little more creative.

“The Local Sweden job taught me loads! I was a manager, I was involved with social media, but ultimately, it didn’t end up being as creative as I would have liked. I missed working on my stories in a little more detail”.

Since leaving The Local Sweden, Maddy has worked on many of her own projects. This includes The Stockholmer, a podcast series which showcases inspiring Swedish entrepreneurs and figures. She has also produced articles for a number of different publishers, including The Huffington Post, Monocle and Business Insider just to name a few.

It’s become very clear to me, since being in higher education, that being independent and finding your own voice is essential in becoming more employable, or just in discovering where your creativity lies! During my studies, both my peers and I have been constantly encouraged to push our limits and to create products to our own set briefs. You get the chance to develop, not just professionally, but also personally too!

What happened after the interview ended?

A large group of Level 3 Media students also got the chance to speak to Maddy as soon as our interview was over. Many of these students spoke to Maddy about a variety of topics and it was great to see a bunch of budding journalists and media producers getting involved in the group discussion!

And this is where NSSW’s Inspiring Futures project comes in! This talk with Maddy Savage is part of a series of Inspiring Futures talks by NSSW and they’re presented by speakers who have great experience and knowledge in their sector. The aim of these talks is to showcase how different skills from higher education can make you more desirable within those relevant industries.

With this talk in particular, Maddy spoke about what skills were needed to be known as a credible journalist. The skills which were explored in this conversation are taught in journalism-related HE courses all across the country. All in all, it was a great way to prepare these aspiring journalists and media producers as to what may lie ahead for them in the HE courses they want to pursue!

So, why higher education?

There will be doors that will open for you, and that’s before you even graduate! As a prime example, if I was given the green light to go somewhere as far away as Hong Kong and work on unique projects there that go towards my grades and portfolio, there’s just as good a chance that you’ll be able to go on some amazing adventures yourself if you end up coming into higher education!

There are hundreds and thousands of higher education courses up and down the country, so there’s bound to be an option that suits you, whether it be locally or further afield! Look at your options online, or attend an open day at a higher education institution. These are great ways in finding out what’s open to you! If higher education wasn’t on your list before, it’s definitely a route you should at least be considering!

The list of places you can end up in as a HE student are endless – and Stockholm is one of them! As it’s the Swedish capital, there’s a lot that you can do and see there, whether you’re planning on going there to work, or purely just to admire the city’s attractions!

So to round up my interview with Maddy, my final question to her was a simple one: What are your tips for tourists visiting Stockholm? 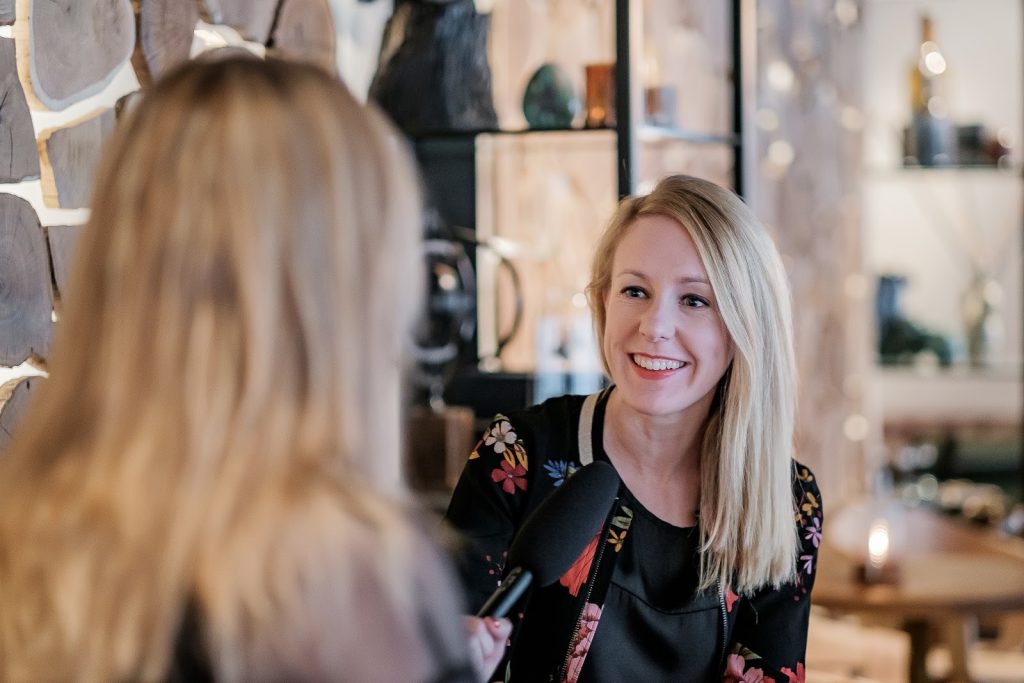 “One cool and hipster district in Stockholm is called Södermalm. My favourite museum, Fotografiska (The Museum of Photography), is in that area as well. I’ve seen some really cool exhibitions there, and there are other cool places around in Södermalm too, so I would recommend going there. I would also go to Tak, which is Stockholm’s largest outdoor terrace, as you can get some great views of the Old Town and the Royal Palace from that area. They’re my tips!”

Many thanks to Maddy Savage for contributing to this blog post. You can find out more about Maddy and her work on her website at https://maddysavage.com/